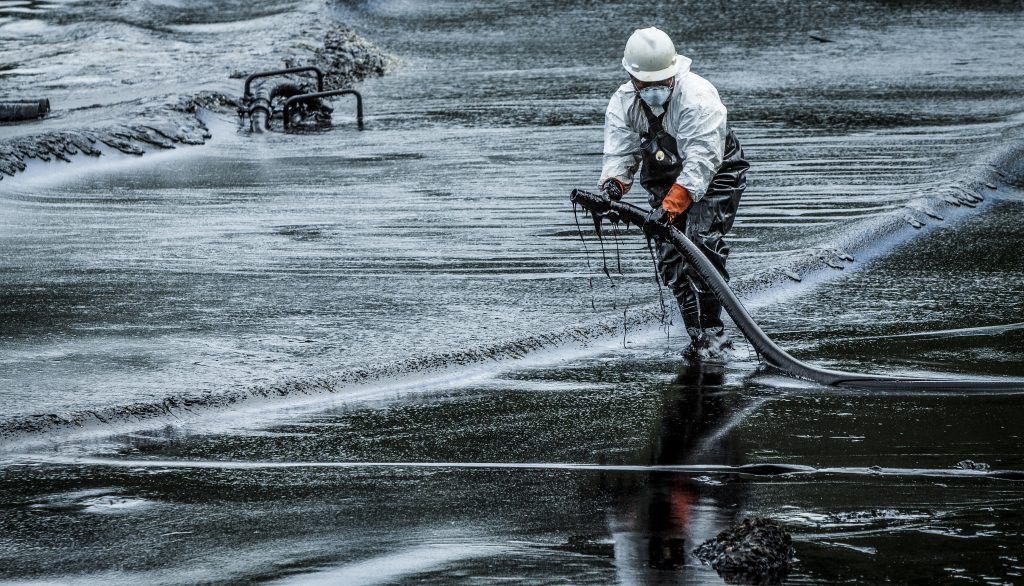 Accidents and spills in American and African rivers, the extent of the damage

There are many pollutants that are poisoning our rivers. It often happens that crude oil, gasoline, diesel, vegetable oil (and many other substances) reach our waterways and cause significant environmental damage.

Various events that are then cause of disasters: accidents in oil extraction platforms, clashes between boats carrying fuel, leaks from industries located near rivers, natural disasters that cause damage to plant structures (for example floods, storms, hurricanes).

In the first case (accidents involving oil platforms) we cannot help thinking of the Niger River Delta. In fact, it is there that the most alarming data are recorded: in this area, over 10,000 episodes of gas pipeline explosions and oil spills have been reported with over 350 billion cubic meters of gas burned in the last 14 years (Anejionu et al., 2015). If, on the other hand, we widen the time lapse, it is estimated that about 9 million – 13 million barrels (1.5 million tons) of oil have been poured into the ecosystem of the Niger Delta in the last 50 years, representing about 50 times the estimated volume spilled in the Exxon Valdez oil spill in Alaska in 1989. Unfortunately, more than 70% of this oil has not been recovered, 69% of these spills occurred offshore, a quarter were in marshes and 6% were spilled ashore (IUCN, 2006).

If we move to the American continent, the situation does not appear to be much more prosperous, from Canada to Colombia the damage caused by oil pollution is in fact considerable.

One of the most famous rivers in the world, the Mississippi (river that crosses ten US states: Minnesota, Wisconsin, Iowa, Illinois, Missouri, Kentucky, Arkansas, Tennessee, Mississippi and Louisiana – before flowing into the Gulf of Mexico, at 160 km from New Orleans) is, several times, the protagonist of events of this type. In 2008, for example, more than 400,000 gallons of fuel oil spilled into the river when a barge collided with a tanker near Gretna, Louisiana (near downtown New Orleans). The oil slick has reached most of the way to the Gulf of Mexico, posing a serious threat to the delta’s fragile ecosystem. Following the collision about 100 miles of the Mississippi River were closed to shipping. This was the largest oil spill on the Mississippi since 2000, although there have been more recent accidents (three in 2020 alone: ​​on January 26, two tugs reportedly collided at mile 123 near Luling, Louisiana, causing both sulfuric acid and diesel fuel to be discharged; on April 29, about 264 gallons of fuel were unloaded from the tank in the Mississippi River. A discharge of an unknown quantity of vegetable oil (palm oil and coconut oil) was recorded on June 20, 2020.

Also in the United States, on July 26, 2010, a pipeline carrying diluted bitumen, also known as tar sands oil, from Ontario, Canada, to Indiana, shattered in Talmadge Creek, a tributary of the Kalamazoo River. The size of the spill was initially 877,000 gallons. But in 2012, the EPA said clean-up crews recovered 1.1 million gallons of oil and 200,000 cubic yards of oil-contaminated sediment and debris.

In Perù, between January and February 2016, a leak from the North Peruvian Pipeline caused the spillage of more than 3,000 barrels of oil, about five hundred thousand liters, into the Inayo, Chiriaco and Marañon rivers. The cause? Low maintenance and a poor system.

In Colombia, in the province of Santander, an oil spill from an area controlled by Ecopetrol has occurred since March 2018. The spill mainly affected the La Lizama and Sogamoso river ecosystems. The Sogamoso River is a tributary of the Magdalena River, the largest water source in Colombia. According to preliminary estimates by the National Environmental Licensing Authority (ANLA), 2400 animals have died, 1800 trees have been affected, and an increasing number of people have had to relocate from the area and receive medical treatment.

In Ecuador, on April 7, 2020, a landslide hit three pipelines along the Coca River, damaging their plants and spilling at least 15,800 barrels of crude oil in a region long hit by a history of toxic dumping by the Chevron-Texaco Oil Company. The oil spread downstream, first along the Coca River, then along the Napo, a tributary of the Amazon River, eventually reaching Peru as well, contaminating water, soil, plants and wildlife along the way.

These are just some of the incidents that have occurred over the last few decades, several scholars point out that many of the episodes are not even reported, except at a strictly local level. In this sense, it is difficult for companies dealing with environmental protection to be able to have a complete and exhaustive view of the estimates and data relating to accidents at the river level.

What does River Cleaning propose to protect rivers from oil pollution?

River Cleaning has developed a project that aims not only to intercept plastic waste but also to absorb the oily substances that pollute rivers all over the world. It does so by proposing a new and innovative system that allows to stop this type of pollution: the traditional device was in fact implemented with a parallel Plug-in and integrated with the plastic recovery system.

In concrete terms, the simplest version of the system consists of River modules equipped with absorbent booms, while the most sophisticated consists of a centralized suction and filtering system that allows large volumes of water to be regenerated, radically reducing pollution. Both technologies allow the navigability of boats of all types, moreover the systems are scalable and adaptable to any river context, from the smallest to the largest. In addition, even if in operation 24h / 24h, the whole system is eco-friendly and has no negative impact on aquatic flora and fauna.

Find out more about the River Cleaning Oil project

PrevPreviousPlasticenta: are we born with plastic in our bodies?
NextPLASTIC WASTE: FROM ECOLOGICAL CRISIS TO DEVELOPMENT OPPORTUNITIESNext