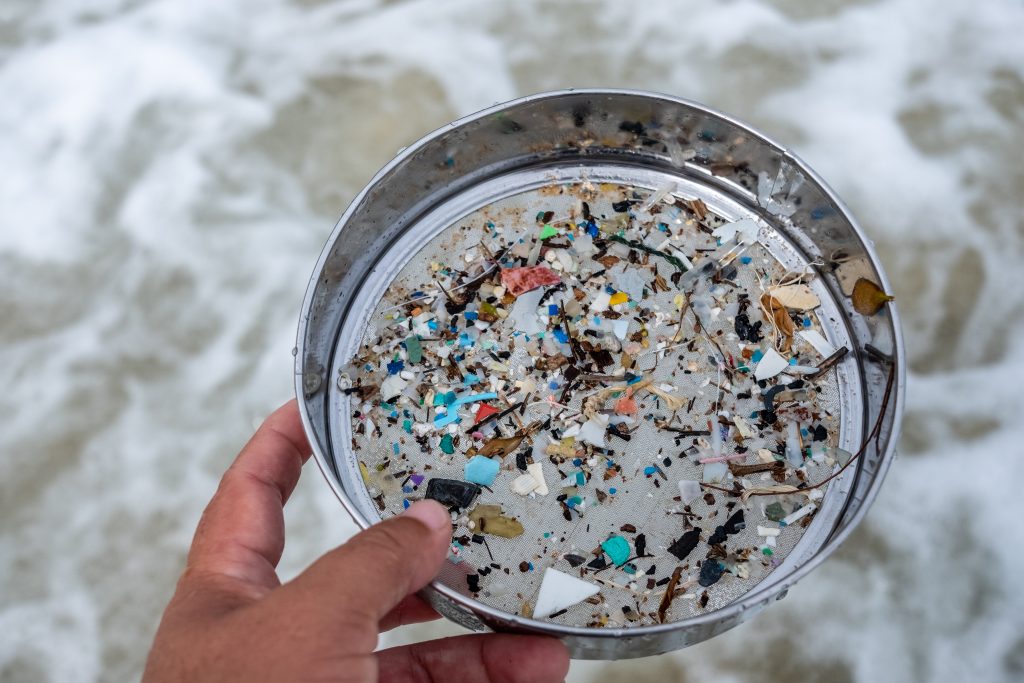 Plasticenta: are we born with plastic in our bodies?

Plastic is everywhere. We use it for packaging, clothing, storage containers, disposable items, furniture and objects of all kinds. It is one of the main causes of pollution in the world, it clogs our rivers and creates entire islands solely made of waste in the oceans.
Once plastic waste begins to deteriorate and disintegrate, the so-called microplastic particles are formed. Then, when dispersed in the sea, these particles are ingested by fish, thus reaching humans as well.

Furthermore, news of plastic particles having recently been detected in the indoor air of atmospheric fallout (the release, due to the emission into the atmosphere, falls back into the soil and determines what we breathe) have gone largely unnoticed. These particles can be inhaled and therefore represent one of the greatest risks to human health.

According to recent studies (2020)[1], which examine the consequences of the inhalation of nanoplastics, these particles are able to move through the barriers of lung cells to secondary organs. And this is precisely how microplastic particles were discovered in the human body, including the placenta.

Despite the possibility of micro and nanoplastics passing between organs in the human body, the maternal-fetal translocation of these particles, and their subsequent attachment from the placenta to fetal health, remains unknown. The aim of many researchers is to find out whether it is possible to attach nanoplastic particles to fetal tissues through the placenta as a result of maternal lung exposure.

The study we previously mentioned described the procedures necessary to test and identify if the passage of microplastics occurs in living tissues: pregnant rats were subjected to laboratory experiments and exposed to nanopolystyrene microspheres through intratracheal installation. Over the next twenty-four hours, maternal and fetal tissues were analyzed using optical fluorescent images and hyperspectral microscopy. From these studies, nanopolysterene particles were detected in maternal tissues.

What confirms the hypothesis cited in the works above is the finding of these particles not only in the placenta, but also in some of the fetal organs such as the liver, spleen and brain, ultimately suggesting that a passage of the plastic particles from maternal lung tissue to fetal tissue is possible in late pregnancy.

There are several studies on this subject, including an Italian study[2] recently published in Environment International (Volume 146, 2021) which analyzed the placentas, during pregnancy, of six healthy women, aged between 18 and 40 years old, who agreed to be part of the experiment.
The researchers’ results located fragments of particles between 5 and 10 microns, about the size of a bacterium, in the placentas; three of the fragments have been identified as propylene, a material used to make plastic caps and bottles. The other fragments, however, are part of varnished synthetic materials, derived from elements such as cosmetics, toothpaste, face and body creams, adhesives.

The alarming results of these studies once again highlight the damage that plastic can cause to the human body.

Our rivers need an adequate system to collect plastic and oily pollutants, and this is where River Cleaning stands as the innovative system capable of stopping such waste, allowing, in addition, the navigability along the waterways. River Cleaning does not interfere with the fish fauna and is self-powered, making the system ecofriendly from every point of view.

River Cleaning, in its commitment against plastic pollution, is in the forefront to stop plastic in the seas and reduce the consequences for the ecosystem, the environment and human beings.

The system is designed to stop plastic pollution at its source, in rivers, before it reaches an advanced state of degradation in marine waters and microplastics are created.

Now that numerous studies confirm that plastic pollution is indeed critical, and that not only are today’s human lives at risk, but especially those of tomorrow, it is more necessary than ever to act and carry on the battle against plastic.

PrevPreviousA plastic dump deep in the sea
NextAccidents and spills in American and African rivers, the extent of the damageNext