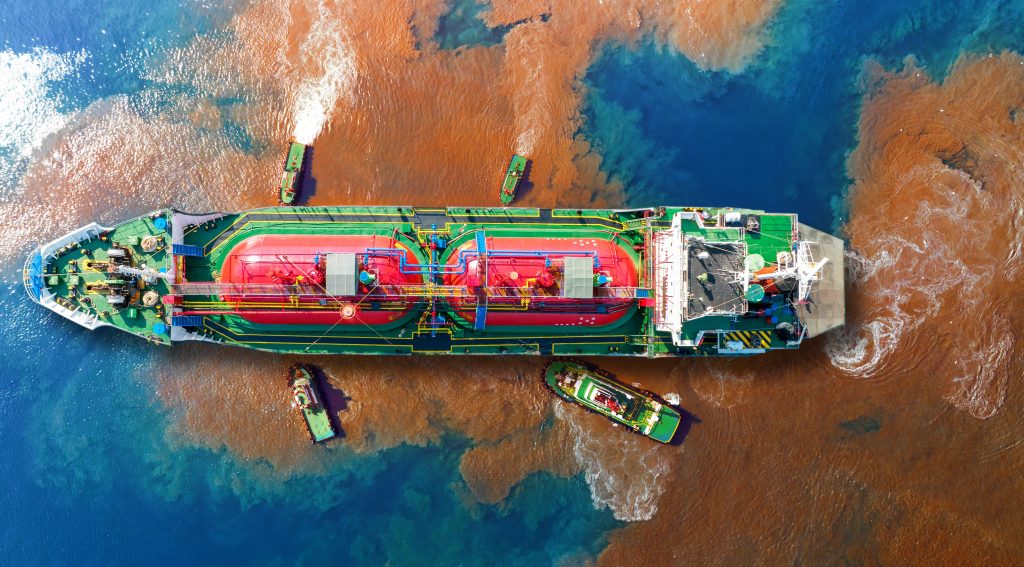 Ocean poisoning: what do we know about oil contamination?

The water of a river adapts to the possible path, without forgetting its mission: the ocean.

And this is the journey that oily substances have when they are poured into water, materials that not only pollute our rivers but also want to reach, without stopping, the sea.

However, we do not consider only the great environmental disasters, those where oil turns the ocean black (the latest in Mauritius – Why the Mauritius oil spill is so serious) but also the spill of oil and fuel in our territories and in our waterways.

According to the data available thanks to the International Tanker Owners Pollution Federation (ITOPF, 2019), in fact, one thousand tons of oil end up in the sea every year, and even if the number is steadily decreasing compared to the previous decade, the quantity is still alarming.

What do we know about oil contamination?

For sure human, urban, industrial and productive development is the main cause of an increased amount of substances that reaches our streams. A spill of such materials can trigger a number of different but equally dangerous scenarios.
Environmental, ecological but also economic and social consequences could have a serious  impact on the ecosystem by affecting the natural balance of flora and fauna but also threaten the health of citizens.

All pollutants, which enter the water body through anthropogenic origin channels (mainly), have become a great concern precisely because of the various dangers they represent for the environment. However, not all types of oil are equally composed and it is necessary to distinguish them by evaluating their different viscosity, volatility and toxicity.

These are the generally recognized classifications internationally:

Why is an oil spill dangerous for the environment?

The conditions in which the contamination episode occurs are certainly to be taken into consideration. The nature of the oil, the quantities spilled and the impact on the ecosystem, on the flora and on the local fauna mean that each incident is assessed individually, in order to implement a targeted and effective recovery strategy.

In any case, the consequences on the territory are different and we can summarize them by citing the main ones: contamination of sediments, poisoning of both plant and animal species, decrease in the mobility of fauna and evident changes to the ecological balance (such as the loss of species that have proved to be more vulnerable).

However, even the recovery measures can have consequences that we can define indirect: to restore the environment, actions that can affect the habitat (cleaning, human presence, presence of vehicles) can be carried out.

The most modern initiatives can offer a concrete answer: River Cleaning Oil, the new plug-in of River Cleaning seeks to combat oil pollution thanks to an absorption system that allows the recovery of substances that float on the surface. This technology, which in this article it is described only in its simplest form ((there are in fact more sophisticated versions, we will tell you more in the coming weeks), therefore allows the surface of rivers to be “cleaned” of all pollutants in liquid form, as well as recovering floating plastic, and it does so without affecting the navigability of boats.