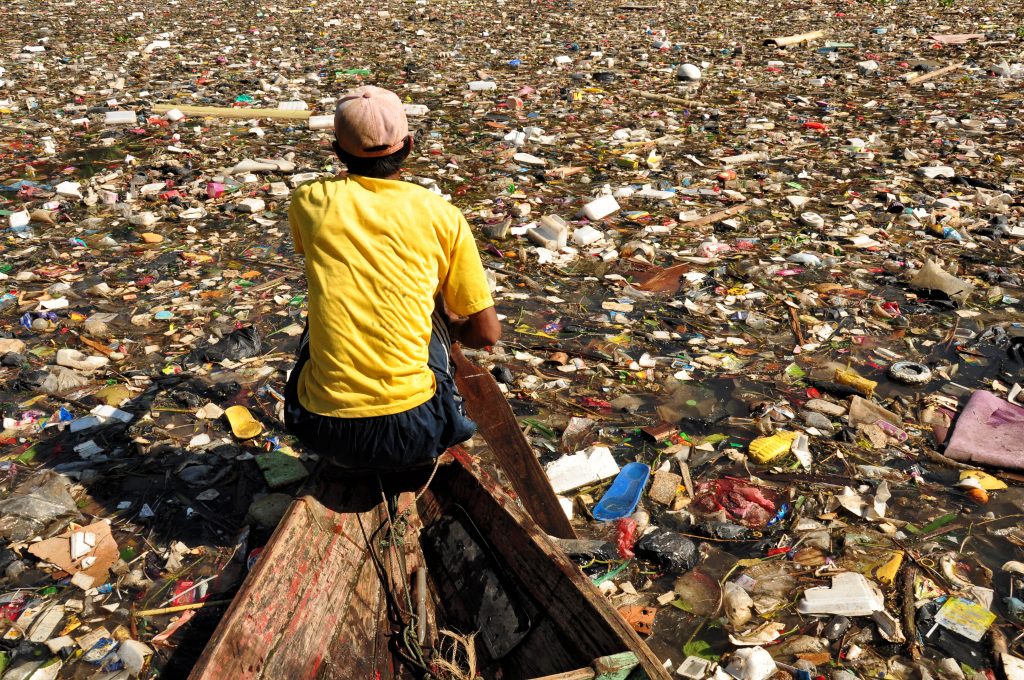 How much does Amazon pollute?

Nearly a third of people on the planet now buy products online. But the data reveals staggering information: the new Oceana.org report, based on 2019 information, found Amazon’s estimate of plastic packaging waste, in the form of air cushions, could envelop the Earth more than 500 times.

It may seem an exorbitant number but if we pay attention to the volume of business of the online commerce we might be surprised: the recent estimates quantify the proceeds of the sector in 2019 at 3.53 trillion dollars, and seeing how 2020 was, with the spread of the Covid-19, we can only predict that digital sales are expected to earn more than double in 2022, with a revenue of $ 6.54 trillion.

What is the problem arising from the exponential growth of this market? Plastic.

In fact, more than 200 million Kg of plastic packaging waste are involved in the e-commerce company’s shipments. On the other hand, seven billion parcels were delivered including air cushions, bubble wrap and other packaging items.

But of these 200 million kilos of packaging, how many end up polluting our seas and rivers? According to a recent Science article, up to 10 million pounds of this waste is estimated to have entered the world’s freshwater and marine ecosystems – an amount equivalent to dumping a van’s plastic cargo into the oceans every 70 minutes.

How much damage does plastic do in our oceans?

Plastic is a major source of pollution and it is devastating the world’s oceans. Recent studies have estimated that 90% of all seabirds and more than half of all sea turtles (52%), have ingested plastic. Sea turtles and other ocean animals mistake the type of plastic Amazon uses as food, which could ultimately be fatal.

According to another recent study by Oceana.org, 88% of the animals that ingested or became entangled in plastic were species listed as endangered or threatened with extinction under the Endangered Species Act. Scientific reports have estimated that only 9% of all plastic ever produced was recycled and 91% ended up in landfills, incinerated or in the environment, including the oceans. The rapidly growing plastic pollution crisis needs to be solved by major plastic polluters, such as Amazon, who must take real and tough measures to cut back on plastics, rather than making empty claims about recycling.

Certainly take immediate solutions to reduce the use of plastics and support governments to significantly enact reduction measures rather than just talking about recycling. There is ample evidence showing that recycling, especially in the case of plastic film (widely used), is not proceeding at a significant pace and will not help in reducing the impact of marine plastic pollution.

Amazon’s recent commitment to limit its climate footprint is commendable but it should equally strive to reduce its plastic footprint. Thanks to its proven ability to innovate, Amazon has already shown that it can create plastic-free packaging that helps achieve both goals, as it did in India for example by offering plastic-free alternatives.

A further cue could come from new technological innovations: an investment to support the development of new systems that keep our rivers clean could offer Amazon the opportunity to make up for lost time, fishing out all the plastic that is about to suffocate our seas.

A quick and innovative solution: a system that captures, while preserving the ecosystem and living species, all the plastic material present on the surface of our rivers. In fact, we know that 80% of the plastic in the oceans comes from rivers, and that’s where it is act in an easier and more effective way.

Have a look: our smart barrier system.

PrevPreviousOcean poisoning: what do we know about oil contamination?
NextBlack tide: what happens to our fauna?Next