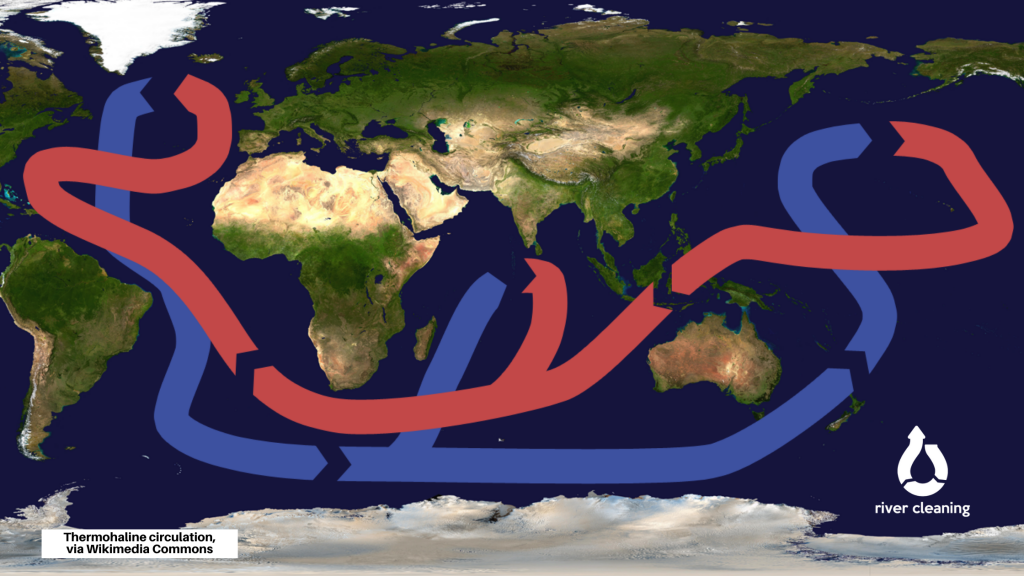 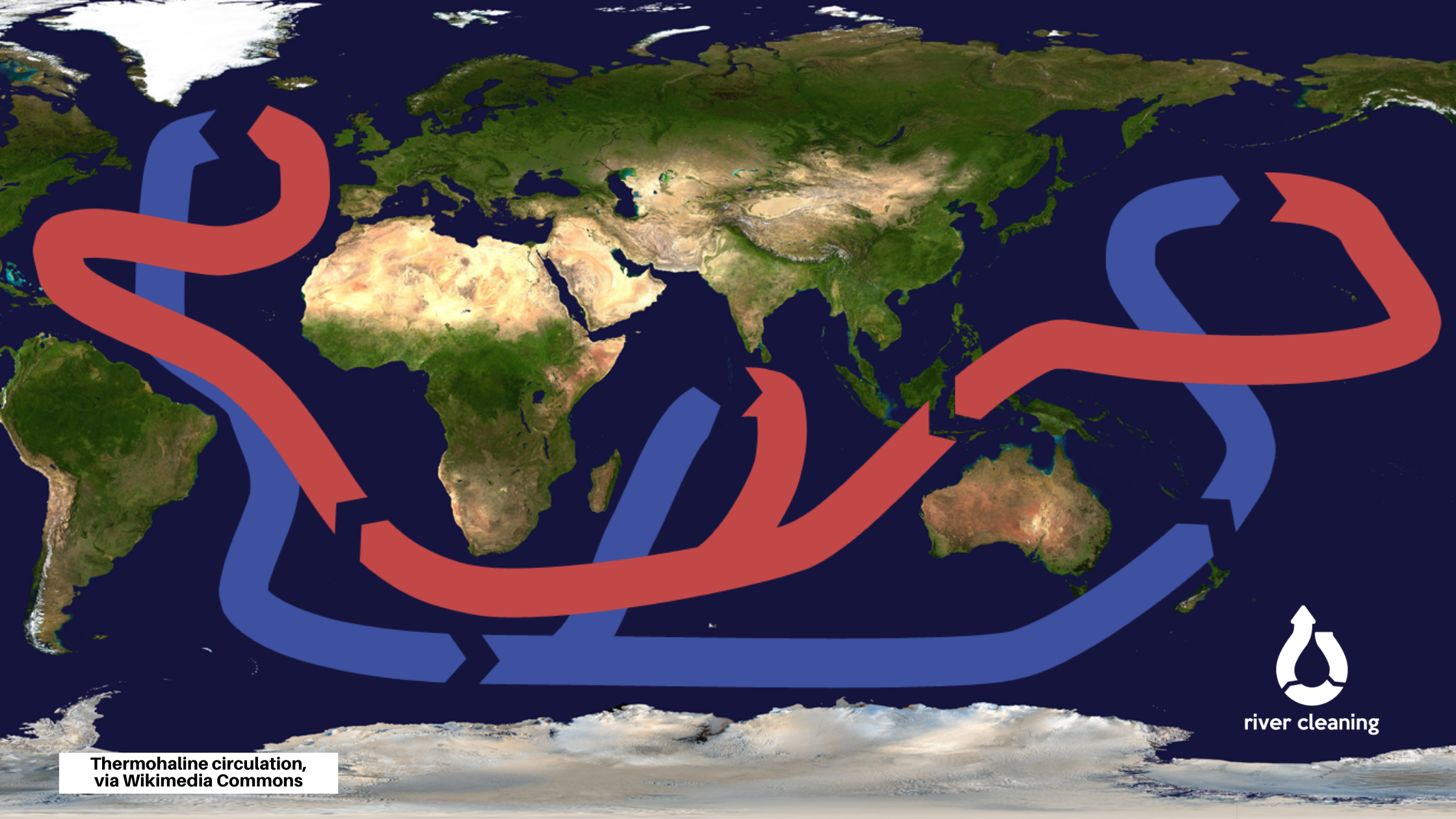 Plastic in the oceans tends to concentrate in large islands, invisible to the naked eye. These islands are formed, and remain connected to each other, thanks to the ocean currents that help to spread plastic throughout the world’s seas.

As we have seen in previous articles (if you have lost them, don’t worry, scripta manent!), rivers transport tons of plastic from the mainland to the oceans every year. River Cleaning is on the front line to stop this dangerous path.

In the oceans, plastics accumulate in large islands of waste due to circular sea currents (Fig.1).

There are five large identified among the world’s oceans:

A 2018 study[1] reports that the size of the Great Pacific patch is about 1.6 million km2. Its enormous size is because many of the rivers that most pour plastic into the seas are concentrated in Southeast Asia.

It seems, however, that several separate plastic islands form this big patch in the North Pacific. They continue to exchange material, thanks to the sea currents. This connection causes these islands to become an enormous and invisible plastic island.

The plastic islands are not visible with the naked eye: the microscopic threat

Plastic islands can’t be seen with the naked eye. Plastics, in fact, degrade by releasing smaller and
smaller fragments and then become microplastics when they reach a size < 5mm.

The microscopic fragments enter the trophic net, causing problems to the fauna, and spread through the marine waters of the world. Often, due to their small size, larvae and pups of many marine species eat these plastics[2].

Some of the microplastics deposit on the seabed where they increase the rate of pollution in areas impossible to clean up.

Reducing plastic production and waste is an obligation for all of us. Stopping the flow of plastic waste from rivers to the seas and collecting as much of it as possible, is essential in the immediate future to drastically reduce plastic pollution.